Our goal is to offer to any adventurer initial or confirmed the possibility of appeasing and of sharing its passion of the travel and the raid in Corsica. We propose to you our experiment, our competences and of the courses thoroughly elaborate within a team adapted to each destination. Of a internship, of a simple escapade, the one weekend time, with raids, excursions and excursions of several days, to the Southern Corsica.

Made maquis, mountains and splits, bordered by a turquoise and translucent sea, Corsica offers a point of view unique in France to you.

Corsica is an island which is in the middle of the Gene gulf, in the Mediterranean. Lengthened on a North-South axis, Corsica has a surface of 8,722 km2, with a length of 183 km and a width of 83 km; it is smallest but most mountainous of the 3 large islands of the Western Mediterranean. 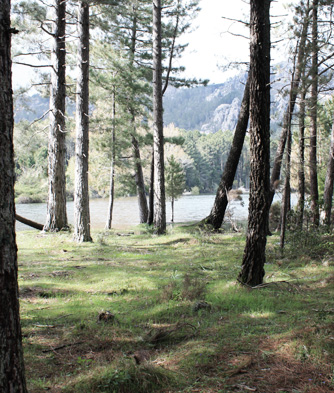 The vegetation is made up except for almost equal of forest (40%) and maquis (60% typical vegetation of Corsica), and covers half of the surface of the island. Many are the water ways: lakes, rivers and rivers which were worth its fame of green island to him. Corsica is divided into 2 departments: the Haute-Corse and Get tougher-of-South. More the summer, of the general opinion of the islanders and for the amateurs of nature, is without question spring and sometimes the autumn. From mid-April until the end of May, the maquis is in full flowering. The days lengthen and are already very soft, except in high mountain.

Let you allure by the beauty of an island to the multiple faces.

In Corsica the traditions are alive and nourish the gastronomy, which holds a place of first order.

The fine palaces will assess the product quality of an authentic soil where citrus fruits and chestnuts perfumes are interfered, salted softness of the pork-butchery, smooth cheeses, wines and liquors. The Corsican gastronomy likes to surprise. By delaying you a little, you will appreciate also honeies which will make you discover the immense variety of the insular flora and which profit from now on from a Protected designation of origin. On another slope of the tradition, the chestnut flour particularly gives rise to famous “the pulenta”, appreciated during the festivals of end of the year. The Corsican type of vines, the such muscatel of Cap Corse or the wine of Patrimonio, will enchant you. Nine of these nectars profit from a A.O.C which makes radiate in the whole world the image of Corsica. The amateurs like to sip them accompanied by a succulent pork-butchery of the country. You will enjoy prizuttu (dry-cured ham) or of a famous figatellu which is tasted in winter, roasted to the wood fire.

While leaving Corsica, of return on the continent, you will bring back a fragment of paradise enchased in the Mediterranean! This island enchants the traveller by the beauty of his landscapes and the vitality of its culture.